Powered by Clikpic
Biography and Exhibitions
A bit about Rosie, her Art exhibitions and adventures.

Circle foundation for the Arts

Previous
Next
I am pleased to be listed with Circle Foundation for the Arts https://circle-arts.com/rosie-burns-artist/
13/11/2017
Circle Affiliate Text

Artists Statement
Rosie is inspired by light and life, her work can be broadly split into two - the figure and the landscape, although helichordial pattern within composition connects all of the work I do - the spiraling form of the universe, DNA, shells, surf, clouds, can be found in most of her work.

The sky generates a universal language, whatever the human experience we all experience the sky, Rosie has an infatuation with this language and the full spectrum of colour it generates: especially when interconnected with the places where the land meets the sea and the light dances between surfaces. Rosie is a collector of bits and things and returns often to multimedia pieces constructed of feathers to generate the surface of the sea and what lies beneath, as well as working with more traditional techniques in watercolour and oil.

Representation of the human form is an ongoing preoccupation - gender, association of gender roles, femininity, sirens, has generated a large body of work in different media - drawing, ink, watercolour and print.


Biography
Rosie sold her first painting when she was about 15 year old, she has always needed something to make, at nursery there was concern she didn't have any interest in interaction - just the easels and seemingly endless supply of paper and paint! Like Picasso, Rosie doesn’t have a fine Art degree, however trained as an Achaeological site and find illustrator both as part of a degree in Archaeology and Sociology, University of Leicester, UK; and on site as an illustrator for the Hebrew University, Jerusalem in Israel 1994-1997. Then went on to study for a Post Graduate Certificate in Education (PGCE )in secondary Art and Design at the University of Plymouth 1997/8. Her my first teaching job gave access to a large Art room with a ceramic kiln, printing press and lots of materials, she continued to develop process and technique as she taught - in a secondary boys school for 7 years - a great way to lean. She continues to attend life drawing classes and other workshops to further her experience and adventures in different media - and Rosie makes and makes and makes - prolifically fulfilling ideas in many different media.

Group Exhibitions
Many and various – Rosie is represented by a number of small independent galleries in the UK from Cambridge to Cornwall. She has been a member of several Artist co-operatives, and Art groups. In Septemer 2017 she is taking part in Femfest, a feminist organized event, through SweetArt in London. She is also well represented on line, through websites and social media.


Publicaitons
1996-2016 I have archaeological illustrations published in a few academic articles on Kfar Ha Horesh - a PPNB Neolithic excavation near Nazareth in Israel - some available on line. 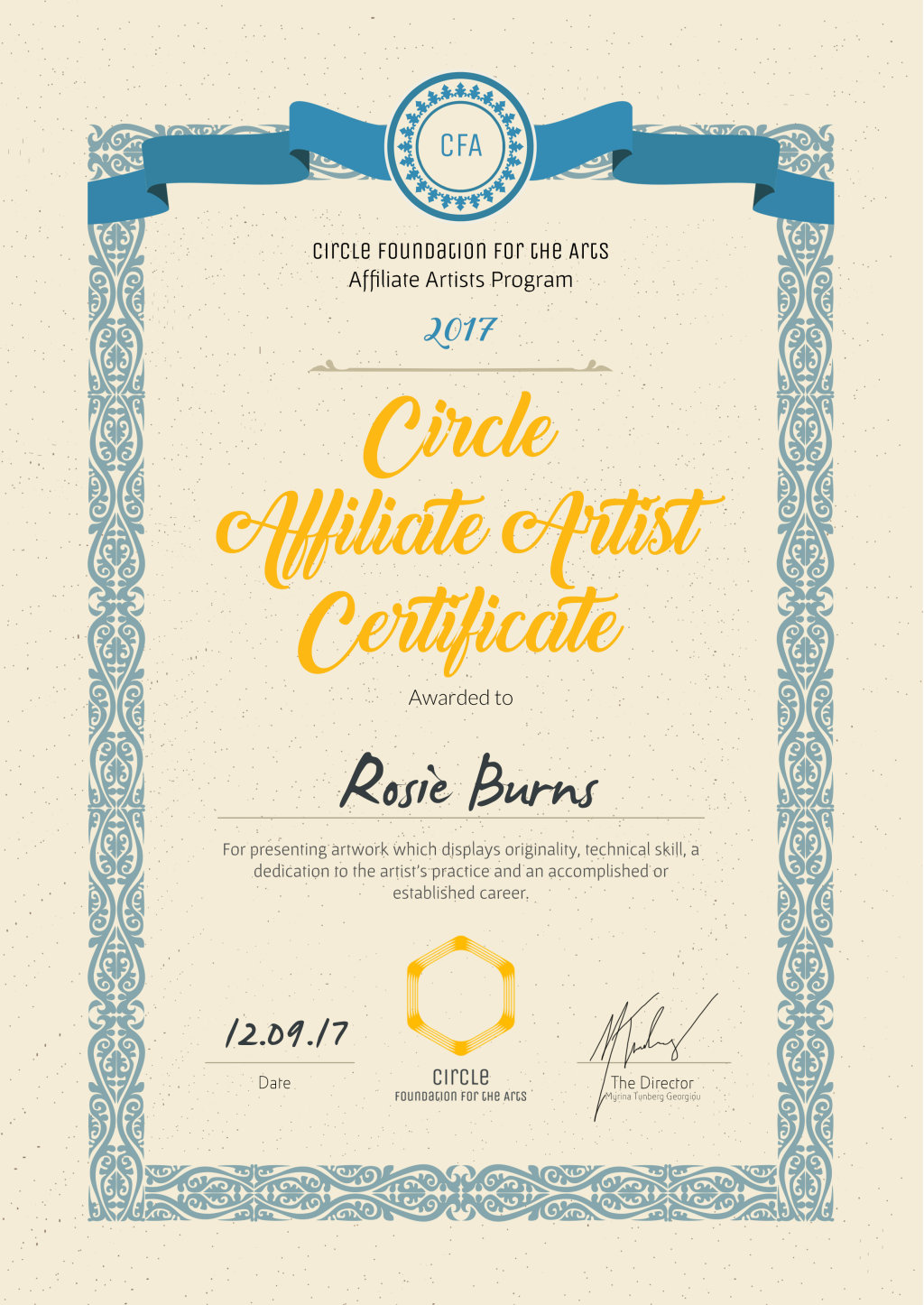